A Bayesian approach for the rainfall-runoff problem. The case of Rio Grande Basin 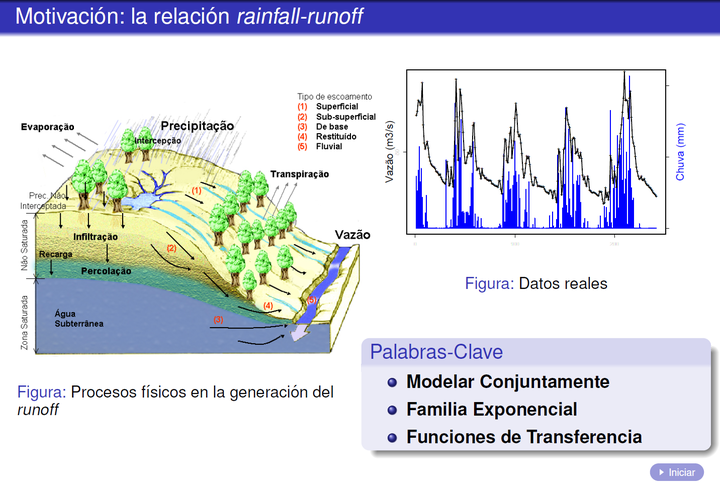 We present an analysis of runoff and rainfall data from Rio Grande, a basin located in the northeast of Brazil. Besides the computational effort to implement the proposed models, it is worth pointing out that some methodological novelties are also implemented. The data consist of monthly recorded series from January 1984 to September 2004, at three runoff stations and nine rainfall stations irregularly located in an area of drainage of 37522.48 km2. The main problems we face here are: (i) Using a model where all the parameters have a physical interpretation, (ii) Modeling runoff and rainfall jointly, and (iii) Modeling multiple runoff series simultaneously. Our approach is based in dynamic models. For run-off, we use transfer functions, and for rainfall, we use a change of support from a multisite spatial model.

You don't have a PDF plugin, but you can download the PDF file.